Survey of Paintings from the artist's short abstract period 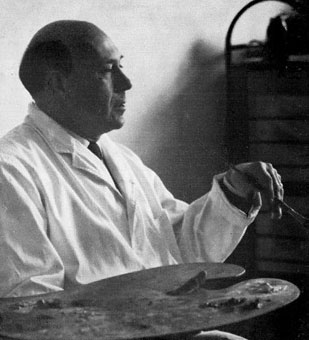 Born in Vienna 1908, studied at the Wiener Kunstakademie, exhibited in Vienna, Munich and Berlin, emigrated to South Africa in 1939, settling in Pretoria.

Otto Klar held art classes in Pretoria - amongst his students was Alice Goldin.

In 1962, the State President of Austria conferred on Otto Klar the title "Prof. h.c."

After Otto Klar passed away in 1994, his stepson Klaus H. Fischer inherited the personal collection of works from the Estate, which were offered in Port Elizabeth on 29th September 2000, inter alia.

Additional © information on Otto KLAR's life history can be found in German on this link.

Group and Solo Exhibitions of abstract paintings only 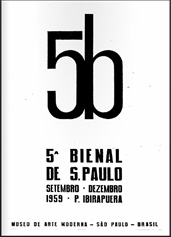 Gallery 101 never again showed Otto Klar’s works - in 1965, in his words to the directors of Gallery 101, he stated that he had decided to revert to his naturalistic style as he did not want to rely any longer on his wife's support, alas - this in spite of having sold at least 12 works on his 1964 show!

It was stated elsewhere "He did not sustain his movement towards abstraction and retreated back to descriptive figuration that has remained popular"!

By the time he had a solo show at the Klynsmith Gallery, Johannesburg, on 4th October, 1965, or when he showed two works at the Republic Festival May 1966 Art Exhibition, he had already left the abstract direction. 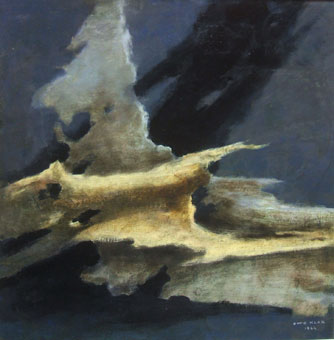 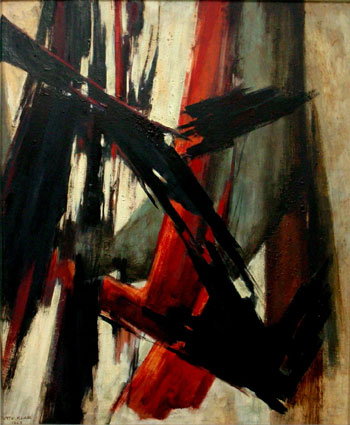 click on image or see this PDF for details! 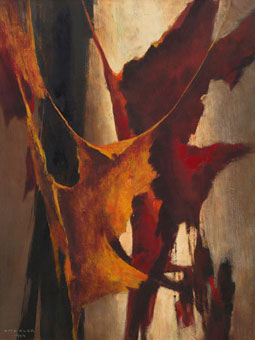 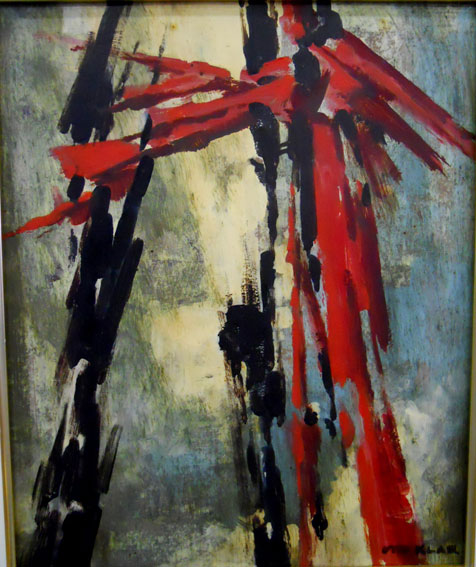 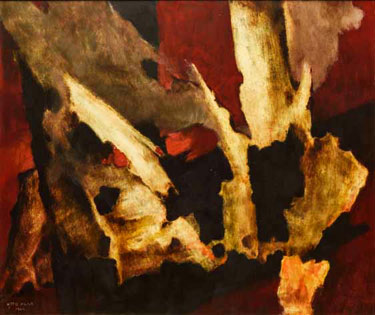 On the 1952 solo show at Whippman's Gallery, Johannesburg, Otto KLAR included his first attempts at abstraction, the Star’s art critic naming the show „Crossroads in an artist’s career“.

In the catalogue "Contemporary Transvaal Art" of the exhibition shown at the Rhodes National Gallery, Salisbury, during December, 1958 to January, 1959, in which Otto Klar is listed with 4 works, he stated:

"During my journey to Europe last year, I met many contemporary artists with whom I had long discussions about modern art. After my return to South Africa I tried to work in this, for me, entirely new idiom and got so fascinated by the new ideas that I make it my aim to rouse the interest of the public for this kind of art".

According to a report on the annual proceedings "Veertig Jaar "Genootskap Oud-Pretoria" Tydperk 1958-1968, Prof. Otto Klar spoke about the development of modern art, before the meeting proceeded with choosing their new management.

In 1992, Otto Klar was included with one abstract work ("Night flight", 1964) in the exhibition "From the German World - German art in South Africa" held at the Pretoria Art Museum, Pretoria, from 23rd September to 25th October, 1992 - ISBN 0 9583257 1 5. The catalogue entry concludes with these words: "His realistic approach to landscape painting proved so popular that he did not fulfil his considerable talent in experimental work. This work from the museum collection is a satisfying atmospheric study".

For interest's sake, a road in Secunda is named "Otto Klar Street" (besides various other artists), and one of the signatures of Otto Klar's early works pre-1939 looked like this: