Sculptures in terracotta, bronze and drawings 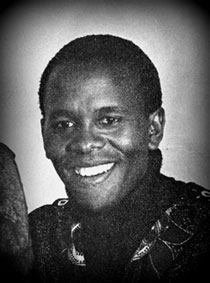 Stanley Bongani Nkosi (popularly known as Mfoza) was born on 25 November 1945 in Newcastle, Natal, the youngest of Eliakim and Belinah Nkosi's eight children. When he was three years old his family moved to Dukathole near Germiston in the Transvaal. He attended school in Germiston and Manzini, Swaziland and completed his education in Newcastle, obtaining his Junior Certificate.

After he moved to Katlehong in 1962, he worked briefly in 1973 at the Artlite factory, decorating lamp bases. A chance meeting with Linda Goodman got him to join part-time the art school run by Peter Haden, working during the day as a messenger. He also took a few lessons with Cecil Skotnes. Later that year, he became a full-time artist.

As a result of his London exhibition in April 1974 being shown on British TV he met the former British Prime Minister Harold Macmillan who acquired two of his pieces. This lead to further press coverage and sales, including to Diana Ross. Stanley Nkosi attended the London School of Art for a few months.

In 1974, he won the annual "Young and Promising British Artists Competition" in Bournemouth, UK. During that year, he also travelled to New York and Canada.

In 1978, Stanley Nkosi travelled to the USA, holding an exhibition at Atlanta GA, as a result of winning an art competition in Oklahoma.

In 1979, he won the the 1st prize in the "Wildlife of the World Competition", Oklahoma.

Early 1980, he showed at the Black Heritage Exhibition held at the University of Nebraska in Omaha, USA, where he was awarded "Best Artist Trophy" and presided over art classes at the Jewish Community Centre in Omaha, as a result of which he appeared on television several times.

In 1981 he again visited the USA at the invitation of the University of Nebraska at Omaha.

He was instrumental in the creation of the Katlehong Art Society.

In 1981 Stanley Nkosi built his own Art Galley and studio onto his house at Katlehong near Germiston, the "Stanley Nkosi Art Gallery" which was officially opened on 26th October, 1982 by the then Administrator of the Transvaal.

Stanley Nkosi was married to Mabel; they had 3 girls, Samantha, Dudu and Pindile. 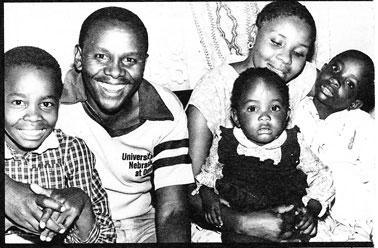 In early December, 1988, Stanley Nkosi was stabbed to death at Katlehong.

1975 SA Association of Arts, Pretoria (The Animal in Art)

A Register was kept by Gallery 21, Johannesburg of authorized intended casts and of casts actually made. Most bronze casts were made and finished off by Renzo Vignali, Pretoria North, in 1973 and 1974. Edition numbers were embossed by Gallery 21 at the base or in the bronze.

A few bronze casts were made by the "de Jager Foundry". They kept the moulds for 3 months only, stating on 22nd January, 1974, that as clay was very brittle, they had to make special moulds.

Stanley Nkosi’s clay figures were fired by Corobrick Germiston and in 1974 by Lieberman Pottery, Johannesburg. 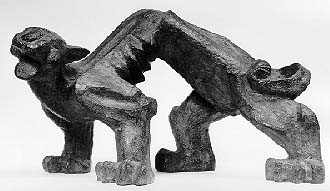 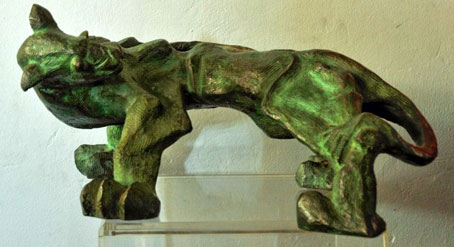 Casts were made posthumously by Jean Doyle, Cape Town, on behalf of Zoltan Borbereki, owner of a few terra cottas from Stanley Nkosi - no written copyright permission from the Nkosi Estate could be found (information per footnote 15 on p. 35 of "Images of Metal" (Rankin) (WUP) 1994); no list of such casts is available. 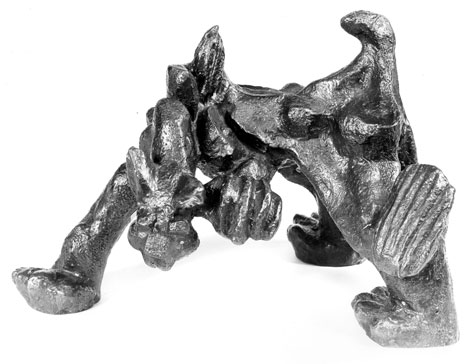 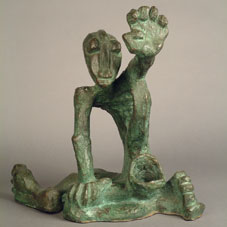 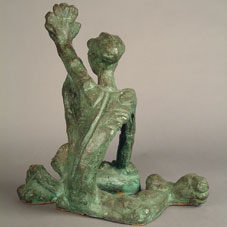