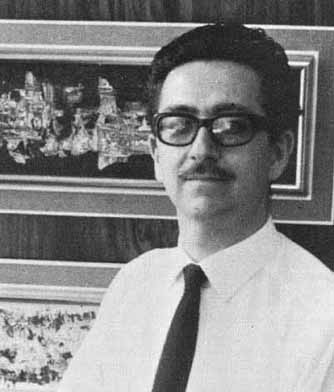 Studied art at the Johannesburg Technical College under J.W. Bramham and wood carving under David Kagan.

His paintings were done in acrylic and ink, also water colour and ink; in photography he concentrated on nature studies, and as an illustrator he had over a 20-year period many cartoons and illustrations published in various newspapers, magazines and training programmes.

His work is represented in many private collections in the USA, Canada, Germany, Switzerland, Spain, Australia and South Africa.

Participated with two works in 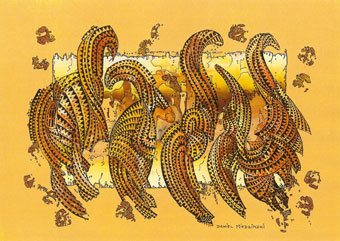 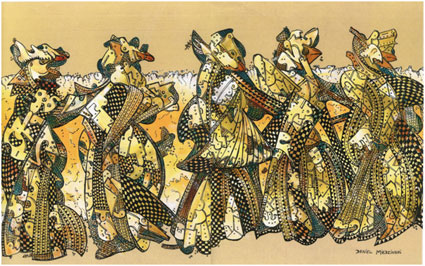 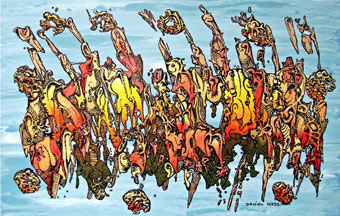 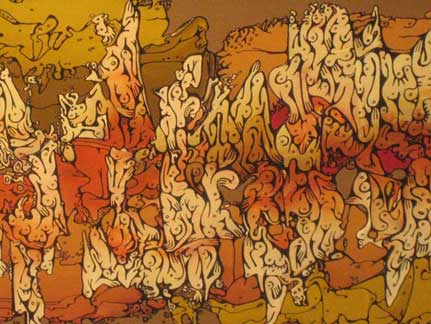 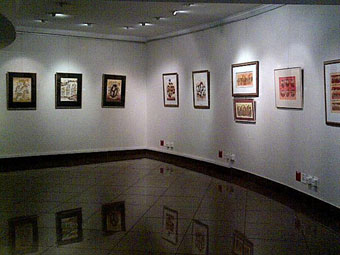 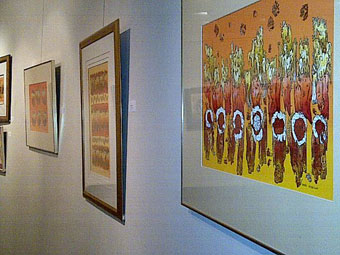 In 1964, he was awarded a bronze plaque in the Abstract Animated Section for his semi-abstract space film "Orion's Eye" and in 1967 the Lion Trophy, South Africa's premier award, for "Escape", a purely abstract conception in which he used transparent plastic forms which moved to the music of "Slaughter on Tenth Avenue" (see ARTLOOK January, 1970, p. 18)

Daniel Miedzinski was M.D. and fashion designer of the family owned well-known exclusive women's wear, manufacturing and retail store - S.H. Matz (Pty) Ltd. - from 1955-1995, first in Johannesburg's then prime business area on the corner of Eloff and Jeppe Streets, near Gallery 101, then later at the Carlton Centre, Johannesburg. After closing down, he travelled briefly to Canada to visit family, returning to their home in Emmarentia, Johannesburg.