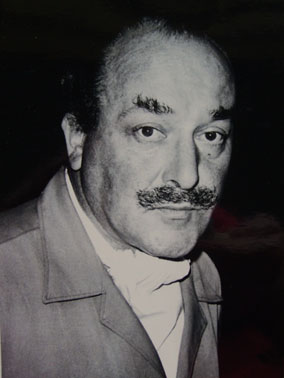 John Charles Wood Heath a.k.a. Jack Heath was born in Cannock, Staffordshire UK on 22nd May, 1915. He studied at the Birmingham School of Arts and Crafts during 1932-1936 and the Royal College of Art London during 1936-1939 under John Nash and Paul Nash (at the Engraving School under Malcolm Osborne and Robert Austin). In 1938, he won the British Institute Empire Scholarship in Engraving and in 1939 the Drawing Prize.

Volunteered for service in the army at the outbreak of WW2, saw action in Italy in 1943, was injured on Queen’s Beach in the Normandy Landing on 6th June, 1944, evacuated, then demobilized in 1946. Two of his drawings from that time are included in the Imperial Wars Museum Collection IWM (D-Day I, D-Day II).

To view a fuller biography, please go to this link! 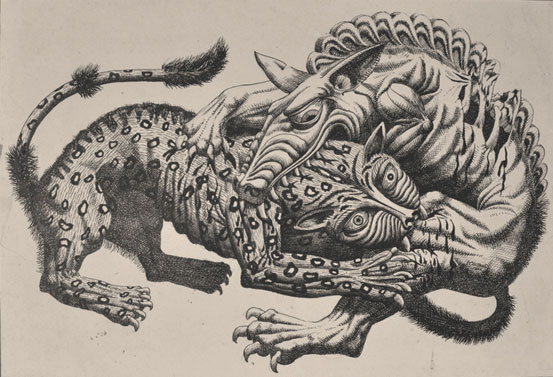 Other selected solo and group exhibitions

Panel 1: Descent from the Cross 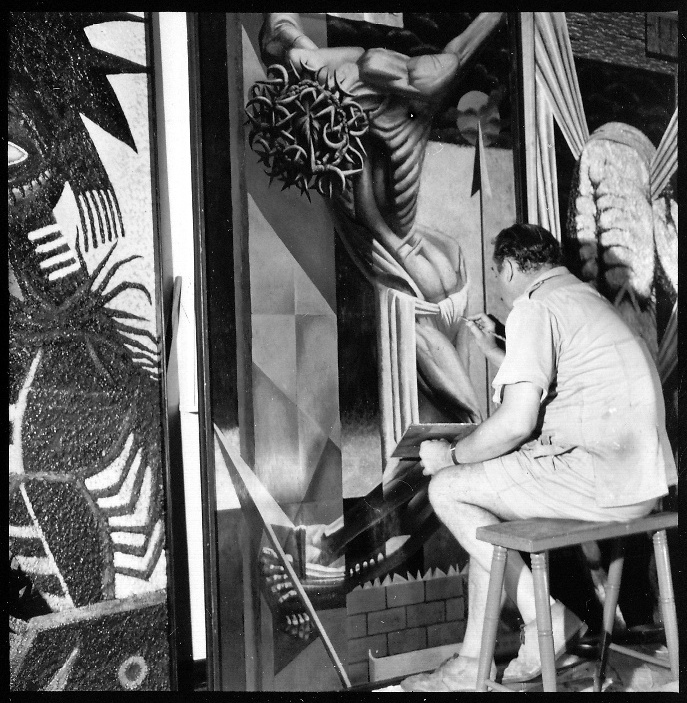 The artist working on the Crucifixion 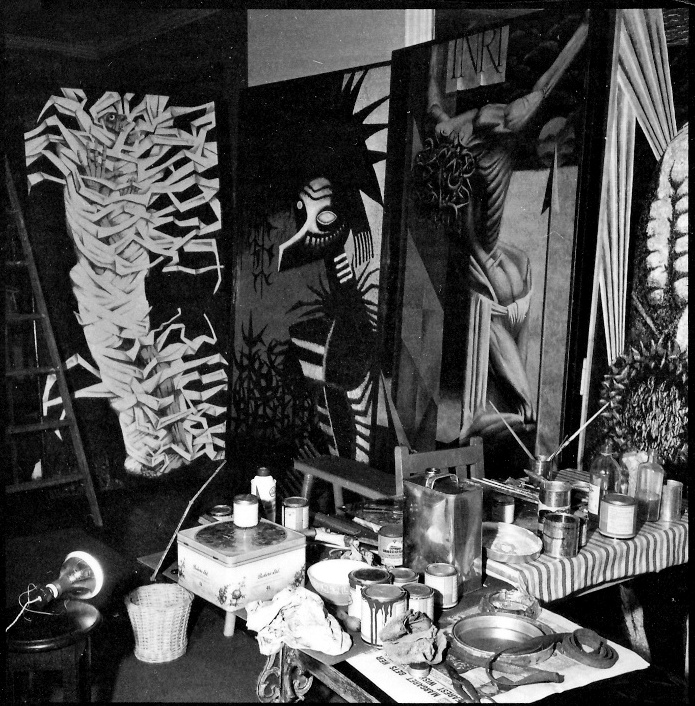 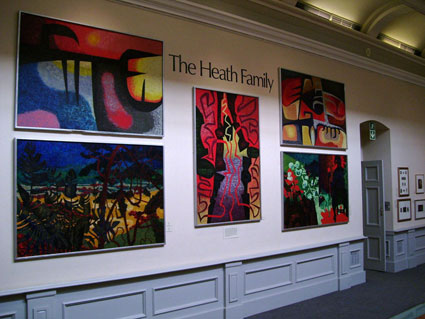 A selection of his earlier Works 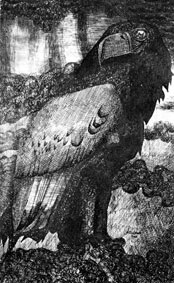 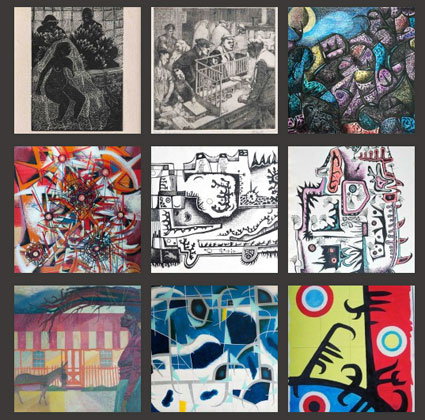 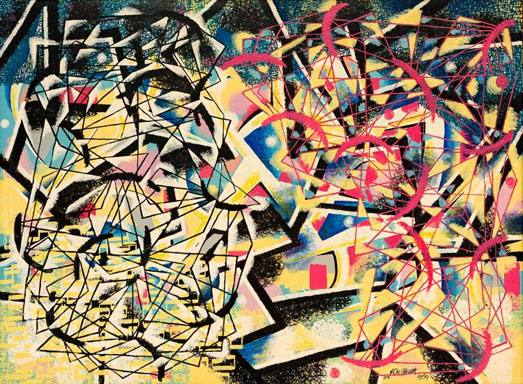 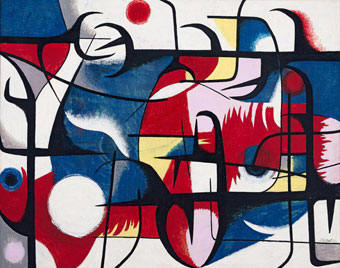 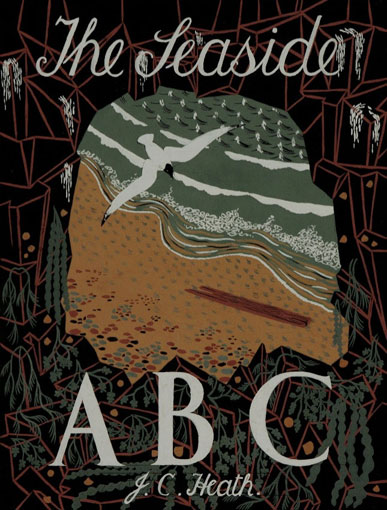 "The Seaside ABC" - a full alphabet by Jack Heath from 1948/1950. never published or exhibited - title page, gouache on paper