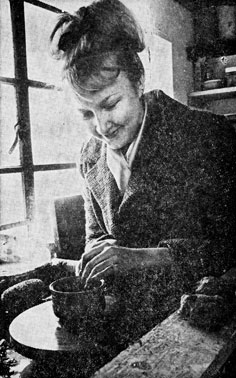 Marie-Hélène ALBRECHT in her studio - 1963

Daughter of Rudolph and Elizabeth Albrecht, Johannesburg; while still a student, took part-time ceramic course at Witwatersrand Technical College, Johannesburg, followed by one year at the Fine Arts Dept., University of the Witwatersrand, then attended courses at the Kunstschule Wiesbaden, Germany, followed by an introduction to the Arabia workshops in Finland.

In 1964, Marie-Hélène Albrecht visited Japan where she stayed for a year studying under Japanese artists.

By 1982, Marie-Hélène Albrecht had held a total of 13 exhibitions of ceramics including one in Cape Town. 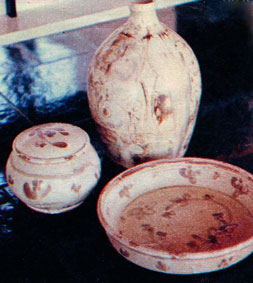 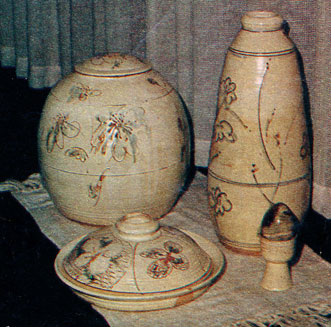